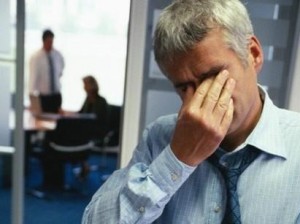 In an upsetting move, the Bank Street condominium project has cancelled agreements for their much-delayed eco-building. Homeowners who previously negotiated on terms, some up to five years earlier, are finding that their contracts are no longer valid.

EcoCite Development, the company in charge of the venture, has some excessive financial obstacles that it is trying to overcome. After the lender seized the property, they have announced that the original purchasers of the condo units are welcome to renegotiate. However, it is unlikely that the buyers will be satisfied with the arrangement as prices will be much higher this time around. The main concern for the original purchasers is that they will be unable to retrieve their hefty deposits, down payments, and upgrade money from the cash-strapped development company. EcoCite is reassuring that this scenario will not occur, but with the constant delays and mismangement of the project, the former condo owners are skeptical.

As the common denominator in most finance or credit-related issues today, EcoCite Development blames the sagging economy. The company states that the building was viable before the credit crunch, but that the conditions have now changed. Chris Sweetnam-Holmes, founder and principal of EcoCite, says, “We got canned in with some very expensive financing as a result of the financial crisis… it’s like we’re paying credit-card rates to finance the last part of the construction costs.”

The real losers are on both sides in this case. The circumstances surrounding the crumbling development company gave them no choice but to cancel the purchase agreements. On the other side, there are condo owners, some of whom received as many as 20 delay notices, who expected to move into a new home. Given the current state of the economy, situations like this are happening all across Canada. Bank Street just happens to be the latest casualty in Ottawa.