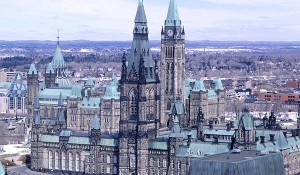 MoneySense Magazine came out with its annual list of “Best Places to Live in Canada.” The issue declared that Ottawa was the second best place to live, slipping from its number one spot in 2008. No worries for the thriving city though, it still has some of the most desirable living conditions in Canada.

The main criteria for the list include income and job potential, as well as housing costs, standard of living and weather. The magazine stated that Ottawa has remained on the top of the list due to its affordable housing, public transit, low crime rate and variety of cultural activities.

Bigger Canadian cities like Toronto (which ranked number 79) were not recognized because of high crime rates. Other cities, such as New Glasgow (ranked 154), which are places dependent on one industry are facing distressing population reductions because the economy is forcing people out.

Ottawa also ranked number 16 on Business Week’s “The World’s Best Places to Live 2009” beating out world-class cities like San Francisco, Singapore and Montreal. For this list, the quality of living was considered, as well as specific measures such as internal stability, crime, effectiveness of law enforcement, and relationships with other countries.

To find your “best place to live” in Ottawa, contact Chris Coveny at OttawaMove.com, or visit the FindMyOttawaHome.com page to search for your dream house.