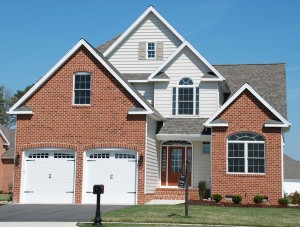 Single family homes in Ottawa, such as this one, are now more popular than multi-unit housing

Although the Canadian housing market is now in recuperation mode, housing starts in Ottawa were down 19 percent. Townhouse developments ans well as apartment projects are mainly responsible for the drop.

According to the Canada Mortgage and Housing Corp., last year construction began on 586 units. This year the number has gone down to 586. In total, housing starts are 30 percent lower than last year.
The good news is that although apartments and condo projects are waning, single-family homes have rose in popularity, and the new construction singles are up 4.5 percent from a year earlier.
CMHC analyst Sandra Perez Torres said “the outlook continues to brighten as we observe the positive effects of improved labour market fundamentals, coupled with rock-bottom mortgage rates and an improving new house sales trend.”

In Ontario, the picture looks brighter than in some other markets. The federal housing agency reported that urban construction in the province was up 11.8 percent in September.
“The decline in housing starts in September is attributable to the volatile multiple-starts segment,” said Bob Dugan, CMHC’s chief economist. “However, starts of single homes, which are a barometer of the trend in housing markets, climbed in September to reach their highest level so far this year.”

Millan Mulraine, economics strategist at TD Securities, said “while the decline in the headline number was disappointing, the fact that construction of single-family units — a useful gauge of the trend in overall housing market activity — posted its second monthly double-digit gain is testament to the improved tone in Canadian housing market activity.”

To find single-family homes in the Ottawa area, contact Chris Coveny at OttawaMove.com or sign up for a daily email list of homes for sale as they hit the market.