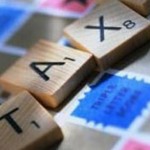 Starting July 1, 2010 new homes will become subject to a 13 percent harmonized sales tax. Until now, these properties have been enjoying its exemption from provincial sales tax.

The government has tried to balance out the negative reactions by coming up with a rebate of up to $24,000 – or 6 percent on new homes with a maximum price tag of $400,000. In addition, industry experts state that the building costs will decline by 2 percent once the PST on building inputs is removed. However, building companies fear a logistical accounting nightmare when it comes to calculating taxes on homes being constructed next summer, when the tax is implemented.

“It gets very convoluted and complicated,” says Greg Graham, Ottawa regional president of Cardel Homes and president of the Greater Ottawa Homebuilders’ Association.

If a home is only partly completed by July 1, when the HST goes into effect, Mr. Graham says that the finished part of the home will not be taxed, but the incomplete portion would be, putting builders in the difficult predicament of deciding what to include and what not to include in their accounting procedures.

“There has to be an arbitrary calculation to figure out the value, and then calculate the HST on that portion,” Graham says. Furthermore, accounting experts also mirror the same sentiment.

However, Mr. Graham thinks that the HST implementation is a good thing, overall. He states, “In the big picture, the HST is not a bad thing. It streamlines [the tax system].”

For information on Ottawa-area condos and homes, contact Chris Coveny at OttawaMove.com.