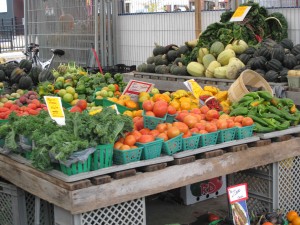 The Ottawa Parkdale Farmer’s Market is located at the corner of Parkdale and Wellington in Old Ottawa West. Established in 1927, the market is run by the City of Ottawa and features fresh fruit and vegetables, and an abundance of flowers. Open 7 days a week from early spring to late fall and during the Christmas season, the Parkdale Market is a huge hit. Residents of The Piccadilly are just a 5 minute walk away!

With more than 20 vendors, the Parkdale Market is Ottawa’s second-largest open air market, and there is always a selection, no matter the weather. In the spring, most of the vendors offer greenery and flowers to bring home and plant in your garden, from fresh herb plants, hanging baskets, and many others. You can get advice on how to keep you plants growing to their fullest. In the summer months, a wide variety of fruits and veggies appear to tempt your eyes and taste buds. In the Fall, pumpkins, squash, and gourds are readily available. It is open again around Christmas time for selling Christmas trees. 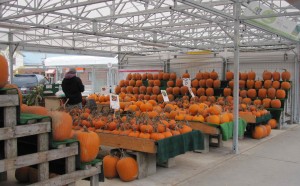 The Parkdale Market is in an ideal location, no matter how you plan to get there. OC Transpo route 12 goes right by the market, and route 86 is only a short walk away. The OC Transpo Transitway is only 10-15 minutes away by foot. Some limited parking is available on the surrounding streets as well as in the park next to the market. There are also bike racks in the park nearby. 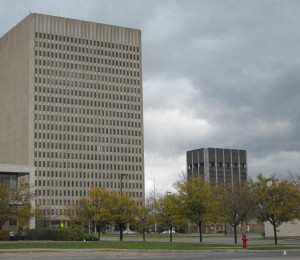 Tunney’s Pasture is a 49 hectare (120 acres) area within the Old Ottawa West neighbourhood that was exclusively designed for Canada’s federal government buildings. It is bordered by Scott Street to the south, Parkdale Avenue to the east, the Sir John A. Macdonald Parkway to the north, and Northwestern Avenue to the west.

Public Works and Government Services Canada (PWGSC) is developing a 25-year plan to dramatically increase density at Tunney’s Pasture with housing, offices, and shops, inviting public input on its vision.

The government’s plan includes 600 residential units as well as the commercial space. Buildings at the end of their life cycle will be torn down and replaced.

Currently, the city is in the process of reviewing two possible development options which will be presented to the public via information sessions.

Tunney’s Pasture consists of 19 office buildings, including the current tallest structure in the area – the 26-storey R.H. Coats building. Up to 30 new office buildings are planned for future development, many of them organized around courtyards. Residential towers are planned along Parkdale Avenue, with shops on the ground level.

HOK Canada was hired by PWGSC as the main consultant for the plan. The government department states its goals are to achieve high standards in urban design, planning, and sustainable design, with an emphasis on transit-oriented development. 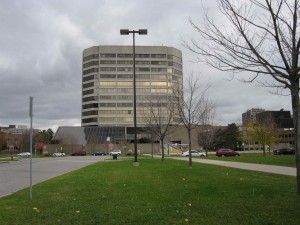 The Tunney’s Pasture plan website enables the public to provide feedback online, and get information on the plan and upcoming public consultations.