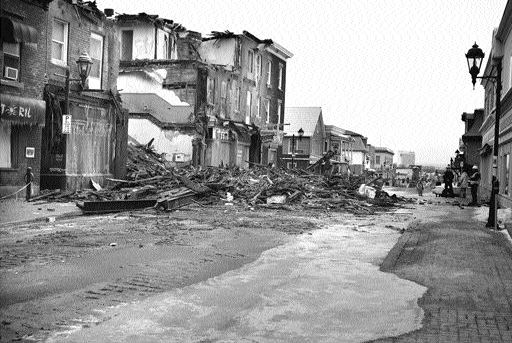 Photo courtesy of the Ottawa Citizen

After much back-and-forth, the government of Quebec is providing $10,000 to a local charity that will assist the displaced victims of the February 2nd fire in Gatineau. This new comes just as the city was set to discontinue supporting the three dozen or so victims.

The organization that will receive the money is Entraide familiale de l’Outaouais. In addition, Gatineau citizens donated an additional $5,000.

As of last week’s press conference, Gatineau Mayor Marc Bureau stated that only two families have yet to find a place to stay.

“I think the money given to us by the Quebec government will help us find solutions for the remaining families,” Bureau said.

Councillor Denise Laferrière of Hull-Val-Tétreau stated that she was “very happy” with the announcement. She has previously complained that the province was not aiding the victims and that the City of Gatineau was assisting them in the province’s place. Under immense scrutiny, Laferriere said that it was all the city could do not to appear like the “bad guy.” However, since the province has stepped in, she couldn’t be happier.

“We’re very proud that nobody is on the street and that the provincial government lived up to its responsibilities,” she said.