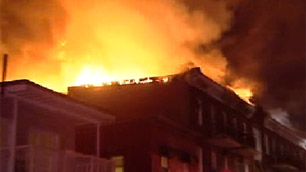 The City of Gatineau and the government of Quebec were in disagreement as to who will have to assume the costs of the February fire that left three dozen people homeless earlier this month. After a lengthy series of meetings, Gatineau decided to pay for the damages.

Councillor Denise Laferriere of Hull-Val-Tetreau has been urging Quebec’s employment agency and social-solidarity ministry to pay the motel accommodation cost for the victims, which is around $1,500 per day. Out of the 39 victims, only one family has been able to secure housing since the fire. She stated that the province is the one liable and responsible for social services.

“The city is not responsible for this thing, but we’re paying just the same,” she said.

Laferrière said that the province’s lack of financial accountability has put an extraordinary burden on the city and that in order for the city to not seem like the “bad guys,” they are helping the victims anyway. The problem, Laferriere says, is that the city’s municipal tax dollars are being used instead of the province’s funding.

However, a spokesperson representing the province has mentioned that they are meeting with each of the victims and evaluating their situation “on a case by case basis.”

The fire caused over $2 million in damages to three adjoining apartment buildings located at 91 and 95 Eddy St. and 28 Vaudreuil St. The cause of the fire has been determined as an electrical problem.

To find homes in Ottawa, contact Chris Coveny at OttawaMove.com.